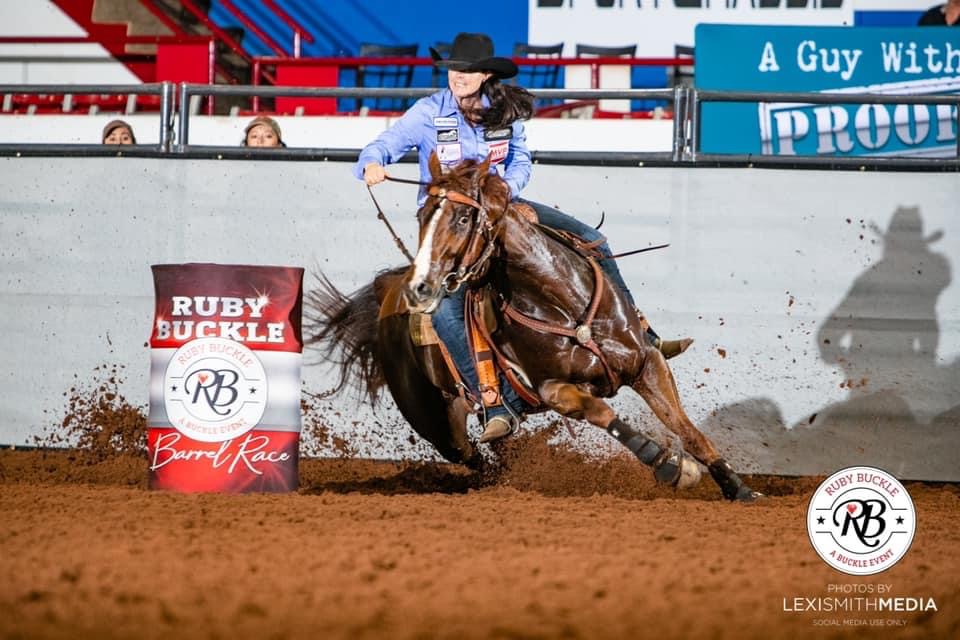 Omega Fields Spokesperson Hallie Melvin Hanssen and MS French Walla Walla are your Ruby Buckle Futurity Champions earning $37,000.  They clocked a 16.875 on a standard set today to win round two and the average.  Hallie Hanssen and MS French Walla Walla held on to win the Open average at the Ruby Buckle as well! Walla’s event earnings totaled $57,299. That brings her LTE over $95,000.

Check out Recap and story from Western Sports Roundup behind MS French Walla Walla by Lee and Hallie’s stallion, The Kandyman, winning the Ruby Buckle Futurity and Open.