Our Vet: "I've Never Seen a Baby Like This One." - Omega Fields 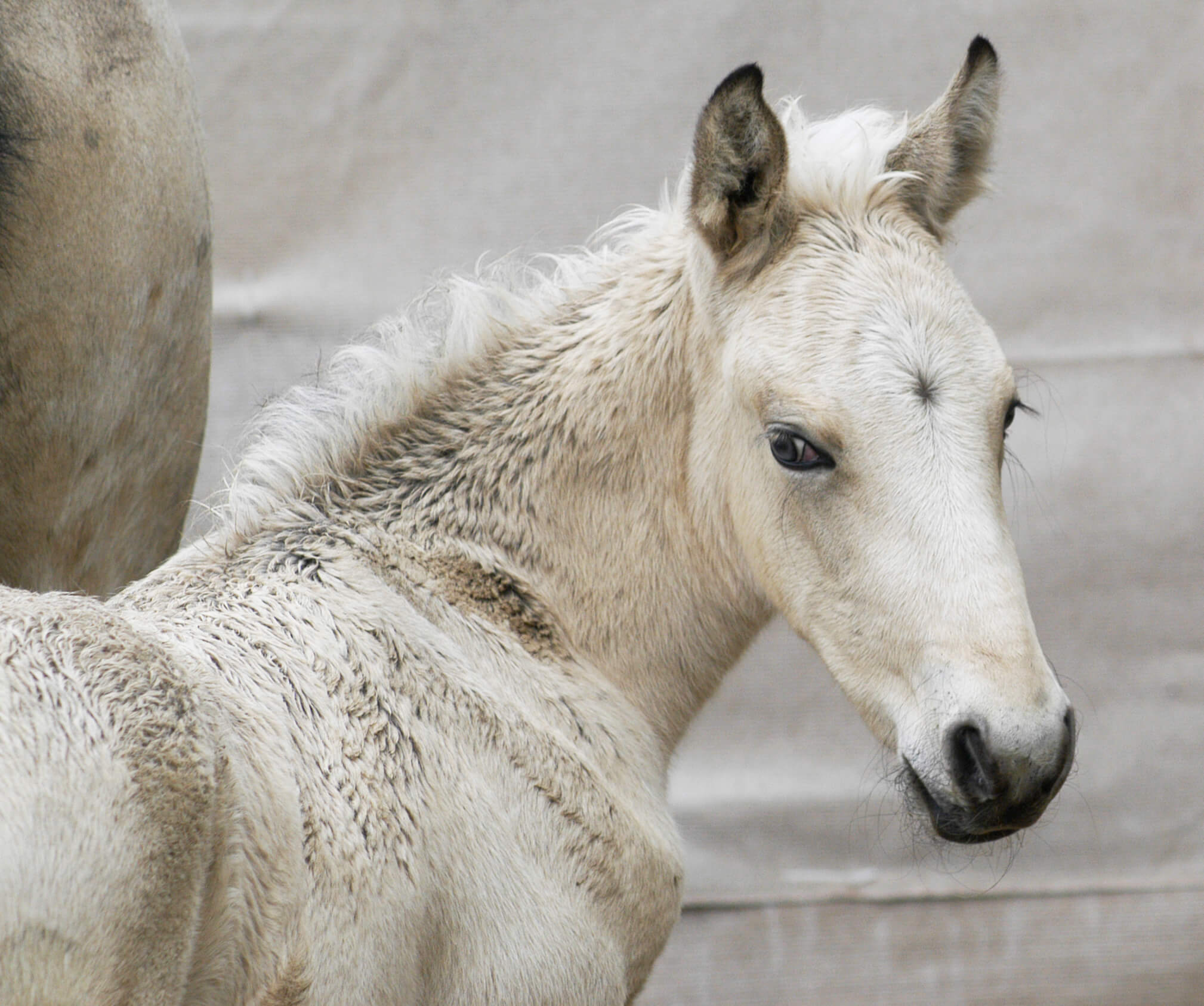 Dr. Matt was vet to a 140-horse breeding farm across town and saw foals virtually every day of his life, yet he would stand propped on our fence and watch this newborn race up and down the steep rocky paddock and he’d shake his head, saying, “I’ve just never seen a baby like this one.” He was fascinated by Malachi and I think he loved him as much as we did. This baby horse who was conceived in the wild and who broke all the domestic rules. He was born under the stars with nobody watching but God and his mama. The foaling book told us that after a couple of weeks he could come outside for a maximum of two hours a day. We laughed, because Malachi had never been inside. He was running up and down the hill and around rocks and boulders on his third or fourth day of life and I remember Kathleen saying, “Just think of all the babies who never get a chance to do this.”

Why is any of this important? Because Malachi, from his first moment on the planet, was living the life every horse on the planet should be living. He was big, and strong, and healthy, and almost single-handedly changed Dr. Matt’s mind about all the crazy non-traditional things we were doing. Like no stalls, no shoes, no sugar.

When a horse is forced to live in a manner that directly opposes the way he was genetically designed to live, the stress alone can wreak all sorts of havoc with his physical and emotional being.

So how is he genetically designed to live?

Every horse on the planet is designed to live like a wild horse.

That was exactly my first reaction. But it’s true. Science tells us that domestic horses and wild horses are genetically precisely the same. The horses in our back yard are really wild horses in captivity. Just like a baby tiger would be, even though his mom, grand mom, and triple-great grand mom were all born in captivity. That baby’s genetics are still the same as those beasts roaming the African jungles. The scientific fact, we discovered, is that it takes between 5000 and 10,000 years to even begin to change the base genetics of any species.

Which means the horses in our back yard have been programmed for millions and millions of years to live in wide open spaces where they can see predators coming, eat small bits of grass forage around the clock up to 18 to 20 hours a day, move 8-20 miles a day, on bare feet that can flex with each step to circulate blood within the hoof capsules, live with multiple horses for safety and security, and even balance their own diets if provided with enough choices to do so.

Obviously I didn’t. And neither did Kathleen when we acquired our first horses. But neither did the experienced experts who were advising us with phrases like: This is the way it’s always been done! In the beginning our guys and girls all lived in a manner diametrically opposed to what their genetics were calling for. They lived in tiny little stalls where they could move at best 800 steps in a 24-hour day as opposed to the 8-20 miles a day their genetics called for. And we ultimately discovered that such a huge differential was not just affecting physical structure, it was affecting their digestion, their breathing, the health of their feet, their immune systems, and thereby immensely affecting their stress levels which, as medical science has finally come to realize, substantially affects all aspects of their health. Their diet was mostly sugar in a bag, which we discovered is the absolute worst thing one can feed a horse, especially a confined one. Molasses is part of virtually every packaged feed in existence. Every grain in the same bag turns to sugar the instant it gets inside the horse. And, as mentioned above, horses are genetically programmed to eat grass forage (real grass or grass hay), little bits at a time, up to 18-20 hours a day. The horse’s hind gut is programmed to release digestive acid around the clock. Acid that digests grass (not sugar, not alfalfa, not pellets, not carrots, just grass or grass hay). When that grass forage is not dribbling into the hind gut on a regular basis the acid has nothing to work on but the insides of the horse itself! Unlike humans whose digestive acid turns on and off depending upon whether food is present, the horse’s digestive acid never stops. So the grass forage needs to be there. Free-choice. Around the clock.

What Stress Leads to…

And then there’s the herd. We discovered that a horse in a stall who cannot commune with other horses gains yet another level of stress to endure. The purpose of the herd for a prey animal is safety and security. Being with other like animals is quite literally a safety net. There are more eyes to see trouble coming. And usually the dominant member of the group is also the number one watchdog. Being deprived of that comfort, at some level, breeds huge amounts of stress.

Remove all of that stress, whether human or equine, and you remove the cause of many if not most medical and emotional issues.

For horses, just the stress of being cooped up in a stall can cause or lead to ulcers, colic, laminitis, reduced blood circulation, digestive issues, lowered immune system, and, of course, each and every stall vice in existence.

Add packaged feed filled with grain and/or sugar served up two or three times a day instead of grass or grass hay around the clock and you increase the incidence of all of the above and all sorts of other issues.

Toss in the lack of movement the horse is designed to have and add metal shoes nailed to his feet that eliminate the ability for the feet to flex which circulates the blood in the hoof capsules and up and down the legs, and all the bad stuff quickly compounds.

On and on it goes. Building the horse’s immune system is the singular very best thing you can do for a horse’s health and happiness.

And building the immune system begins with eliminating stress.

Then getting the diet, movement, feet, and blood circulation as close as your specific circumstances allow to the lifestyle the horse would be living were he or she in the wilds of the American west where he or she evolved.

I know, I know. So many have told me “I have no choice but to board my horses.” Or “I simply don’t have any room for them to be out.” And all I can say is do the very best for your horse that your circumstances allow.